The mild cognitive impairment, (MCI), is a progressive form of memory and learning impairment, in itself not particularly serious, but it deserves an early evaluation and treatment because it can increase the chances of developing Alzheimer’s disease in later years. It affects mainly those around 50-60 years of age and about 15% of affected patients will evolve towards a dementia compared to 2% of the general population of the same age.

It’s a disease which has a big social impact and for this, it is the subject of numerous researches for the development of neuroprotective therapies that at the moment are not available yet.

Spices, designed as aromatic substances of vegetable origin, now also available as “food supplements“, were widely used in medieval medicine and thanks to new and serious academic studies, are revalued thanks to the isolation and the testing of their principles: active and extremely effective. The “mild cognitive impairment” is a condition that can benefit from treatment with aromatic plants.

Spices listed for this problem are numerous, but we will focus our work mainly on Rosemary, Nutmeg, Curry, Black Pepper, Fennel, Sage, and Saffron. 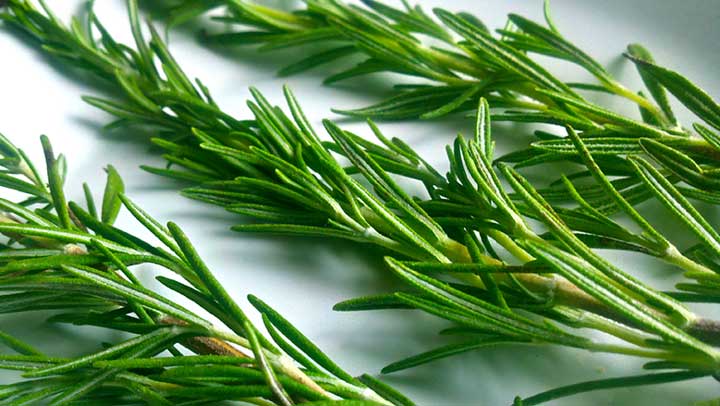 As it concern Rosemary modern studies do nothing but confirm the properties of the substance already known for the prevention and treatment of dementia. In a study performed on rats published in the journal “Phytotherapy” in December 2013, it was found that extracts of Rosemary taken at a dose of 200 mg/kg for 28 days, significantly improved the long-term memory, effects that can be explained in part by inhibition that the spice has on a key enzyme for the memory, ie acetylcholinesterase. Inhibited this enzyme, acetylcholine, a molecule important for cognitive activities, it increases its concentration in the brain favoring the transmission of information between nerve cells and facilitating the processes of learning and memory.

In another study on patients with a mean age of 75 years and published in the “Journal of Medicinal Food” in January 2012, there was a dose-dependent effect on memory speed measures, ie concentrations of 6,000 mg per day led to impairing effect on memory, while doses closer to the norm of 750 mg daily, were causing net benefits statistically significant compared to placebo.

Other studies carried out by the inhalation of the essential oil, have shown that the spice promotes the processes of thinking and memory retrieval. One example is the British study published in the “British Journal of Psycology” in November 2010, in which researchers admit with amazement that inhaling the aroma has had “dramatic effects” on memory.

It is not easy to think of the Nutmeg of our table and connect it with various and severe brain dysfunction but there it is because this spice has a very special tropism for the brain where it carries out various activities. The sweet and intense aroma of the spice comes from myristicin, a volatile oil present in many plant species, including carrots, celery and parsley. At a neurological level, nutmeg has anxiolytic and antidepressant action similar to that of some drugs, also has a fair antiepileptic share and performs a significant improvement on the processes of learning and memory. In Homeopathy is used often and with excellent results in the strong daytime drowsiness and light cognitive decays frequently with positive results. It has also a toxic narcotic property but fortunately it is very difficult to get it because it takes at least 30 grams of drugs impossible to swallow given the strong stimulus in vomiting.

In an interesting article published in “Biological Pharmaceutical Bulletin” in June 2009, Korean researchers have shown in animals that extracts of nutmeg play a significant anti-inflammatory effect in the brain by blocking two important biochemical pathways of phosphorylation. This neuroprotective effect is dispatched especially in hippocampus area of the brain important for both long-term memory and spatial navigation. It is the brain structure whose atrophy, documented the Nuclear Magnetic Resonance, is very suggestive in Alzheimer’s dementia, a neurodegenerative disorder in which the patient loses both memory and orientation.

Other experiments on animals have repeatedly confirmed the action of improvement on the processes of learning and memory and also in an article published in the spring of 2006 in the “Journal Medicinal Food“, the administration of 10 mg/kg of extract of nutmeg in mice for three days has fulfilled a definite antidepressant function, quite similar to that provided by Imipramine (powerful and old tricyclic antidepressant drug ) and 20 mg/kg of fluoxetine known by the general public with the famous name of Prozac!!

With this research signed by Dhingra and Sharma, two Indian researchers at the University of Guru Jambheshwar, we take our leave from Myristica and enter the world of Black Pepper also a native of India.

Based on modern studies performed on both animals and humans, piperine has been shown to have immunomodulatory actions, anti-oxidants, anti-asthmatic, anti-carcinogenic, anti-inflammatory, anti-ulcer and anti-amoebic. In this review, published in “Phytoterapy Research” in August 2013, by Indian researchers of Kharagpur, the chemical constituents, the biological activities, the effects of treatment, and the potential for the future of therapy with black pepper and piperine have been discussed in depth.

This spice carries out many activities in the brain where the substance plays an antidepressant and stimulation on cognitive function, improved postural stability of the elderly, a stimulus to the appetite in the brain-injured children fed with gastric tube and a preventive effect in Alzheimer’s disease.

On the latter point, Thai researchers had already observed that piperine at doses of 10-20 mg/kg, improved significantly memory disorders and neuronal degeneration in animals which had shown changes in the brain similar to those of Alzheimer’s. Not only that but they also noted that piperine had a “preferential” action to the hippocampus, the vital brain structure so important because seat of the memory. These observations have been confirmed recently, in April 2014, by an interesting study published in “Cell and Molecular Neurobiology” conducted by Romanian researchers, who studied the positive effects of Black Pepper on memory in laboratory animals. They concluded that these positive effects were due to a decrease in oxidative stress especially at the level of the hippocampus. In this structure, it was exerted a strong antioxidant effect, which in turn reduced and slowed the deposition of beta-amyloid around the neurons (nerve cells). Beta-amyloid is a protein whose presence on the surface of the brain in the form of senile plaques, plays an important role in the genesis of Alzheimer’s.